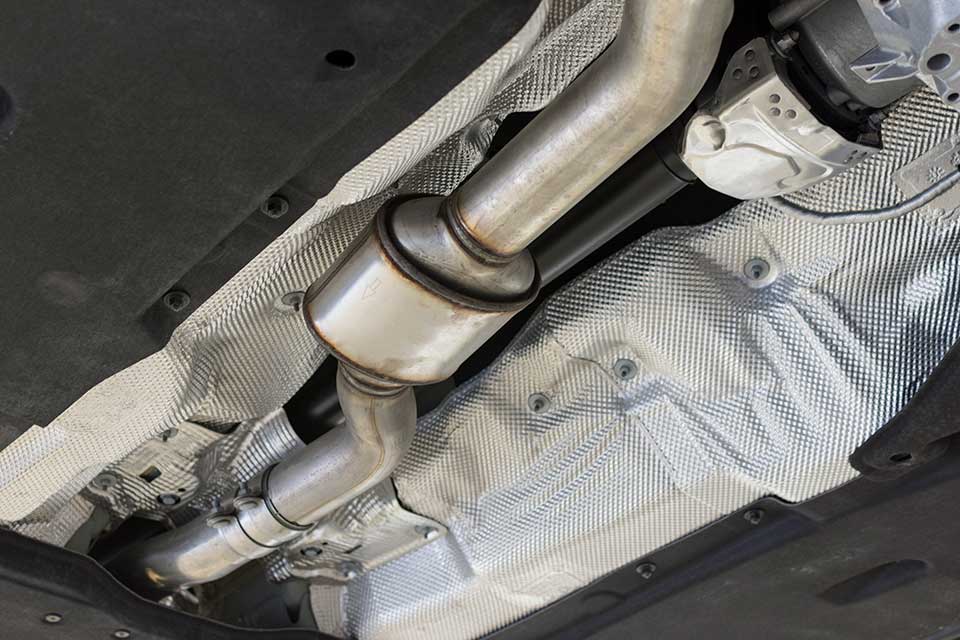 Be Aware of Thieves Stealing Your Catalytic Converters!

By AdminSeptember 29, 2020No Comments

What is a catalytic converter and how does it work?

The catalytic converter was mandated for all U.S. cars and trucks in 1975, to convert harmful pollutants into less harmful emissions before they left the exhaust system (Edmunds).   The catalytic converter is an important device in your vehicle that is vital to passing your smog test. Many states require vehicles to have a smog test every two years.

You see, without getting too technical, molecules of polluting gases are pumped from the engine past the honeycomb-like catalyst, made from platinum, palladium, or rhodium. The catalyst splits up the molecules into their atoms. The atoms then recombine into molecules of relatively harmless substances such as carbon dioxide, nitrogen, and water, which blow out safely through the exhaust. (explainthatstuff.com). The platinum, palladium, or rhodium are precious metals and are valuable to metal dealers. Thieves can make up to $200 per converter selling them to scrap yards.

How do thieves steal your catalytic converter?

What are the most popular cars that are targeted for catalytic converters stolen?

Thieves target different types of vehicles. The most popular ones are vehicles manufactured after 1975. Trucks and SUVs are popular because they are higher off the ground and are easier to crawl under (Patch.com). But, it can happen to any vehicle being at the wrong place at the wrong time.

What are the signs that my catalytic converter might be stolen?

You will immediately know as soon as you turn on your car engine. Your car engine will be very loud. Do not attempt to drive your car. Shut off your engine and consult a mechanic.

How do I avoid my catalytic converter from being stolen?

Be mindful where you park and how long you leave your vehicle parked. If you have to park your car on the street, try to park it in an area that is well lit and well seen by passersby.  Removing a catalytic converter can cause vibration from a metal saw cutting or clanking on the exhaust pipe, so if possible, adjust your car alarm.

There are many theft deterrent products available to protect you from being a victim of a this property crime. One example is a product called a Catclamp that can be installed to deter thieves from stealing your catalytic converter.

But the best prevention is, if you have a garage, park your car or truck inside.